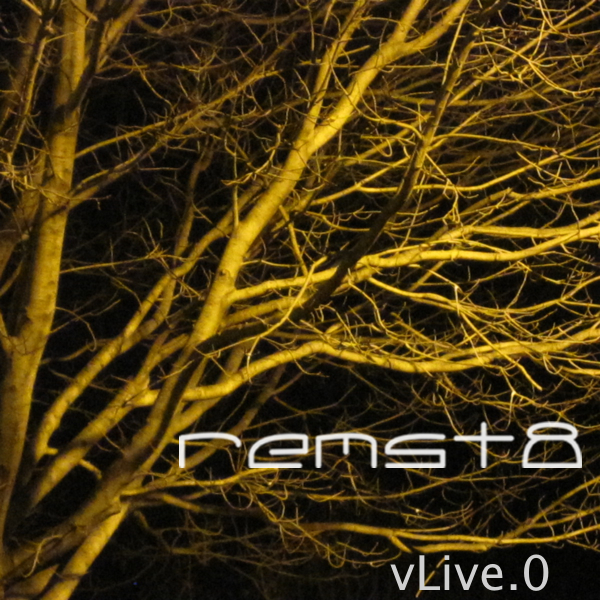 This is remst8's debut live performance, recorded at the 2013 Kansas City Electro-Music Festival July 19, 2013 in Parkville, MO.  A live stream of this annual event was broadcast world-wide over the internet via Electro-Music Radio at:
http://electro-music.com/radio/
Set list:
1) Reverie
2) Mayfly
3) Birefringence (extended)
4) Ascension
5) Tide
"Reverie" was composed specifically for this event.  The remaining 4 tracks were adapted for live performance from remst8's "Within EP".  All were performed with a MacBook Pro running Renoise as the DAW, controlled and manipulated via iPad running MIDI Designer Pro and SoundPrism Pro.
These recordings were made on-site by Mike Metlay. Special thanks to the Kansas City Electro-Music Festival coordinators Kevin Kissinger and Shane Morris, and to all the other participants who provided encouragement, support, and three wonderful days of experimental electronic music.
All material by remst8 Copyright © 2013 released under a Creative Commons license for free non-commercial use under certain conditions CC BY-NC-SA 3.0.
http://remst8.bandcamp.com/
http://soundcloud.com/remst8